UNESCO: Race between education and ignorance

Race between education and ignorance

The tinderbox mix of high youth unemployment, lack of education and the threat of extremism is turning access to school into a "security issue", says Irina Bokova, director general of the United Nations Educational, Scientific and Cultural Organisation.

The volatile prospect of millions of uneducated, illiterate youngsters in developing countries, under pressure from the financial downturn, has brought an unprecedented political significance to the campaign to give every child a primary school education, she says.

Ms Bokova was speaking ahead of a speech later this week at the United Nations from Malala Yousafzai, who will call for all children to have the right to go to school.

The Pakistani schoolgirl, who will make her speech in New York on her 16th birthday, defied the bullets of the Taliban in defence of her right to an education.

But behind the optimism of Malala's campaign and the creation of an annual "Malala Day" is a much more complex global story, with failure as well as success.

In 2000, in the warm glow of a new millennium, world leaders pledged that universal primary education would be achieved by 2015. No child would miss out on the basics of schooling.

After an initial surge, progress stalled and achieving the target in the next 18 months now seems unlikely. 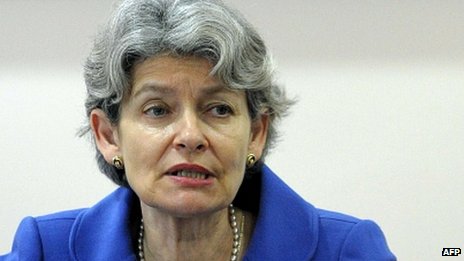 Unesco head, Irina Bokova, says there has been "huge progress" in school places

But she says that rather than being a cause of pessimism, the pursuit of the target has brought "huge progress". There were 108 million children out of school when the pledge was made; the most recent figures suggest this has fallen to 57 million.

"If the right strategies are in place, and you put your head where your heart is, then things can be improved. In Afghanistan in 2000 only 4% of girls were in school, now there are more than 70%."

Ms Bokova says that another positive outcome has been a much stronger recognition of the importance of measuring the quality of education, rather than simply counting heads going into a classroom.

Among the more sobering discoveries has been that many pupils have spent years in school but remained functionally illiterate.

So in the autumn, Unesco is planning to produce a new set of global metrics to measure what's actually being learned in primary classrooms around the world. "It will give a global understanding of what quality education means," says Ms Bokova.

It remains unclear whether there will be more targets after 2015, but anything that emerges will be more about quality of education, rather than simply volume of places.

Ms Bokova says the financial crisis delivered a major blow to achieving the goal of universal primary education. Donor countries pulled the plug and left an "alarming gap" in funding.

In sub-Saharan Africa there remains a shortage of 1.7 million teachers. 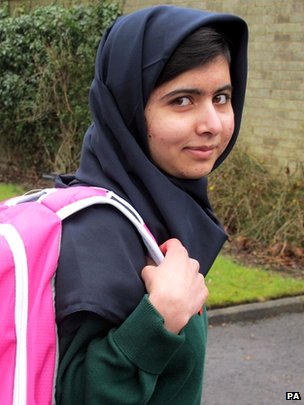 But despite this gloom, she says that the financial crisis has given education a "paradoxical" political importance.

Youth unemployment is a major threat in many countries and education and training are seen as vital investments.

"Education is now becoming in some cases a security issue," she says, with examples such as Afghanistan, Iraq and across the Middle East, where there is huge pressure to provide education to promote stability and democracy and to avoid extremism.

"The same is true of big emerging powers. In Brazil, the government recognises that the education system is one of the biggest challenges as it moves forward to a competitive economy and an inclusive society."

The social tensions of deepening inequality and a lack of social mobility are also shaped by decisions about education systems, she says.

"Education is becoming the key issue now in discussions about overcoming the economic crisis.

"But how are we going to make this happen? Budgets and international aid are shrinking.

"We try to convince countries that if they want to invest in coming out of the crisis, then invest in education."

Another barrier to getting all children to school is a lack of fair access, particularly for girls.

Ms Bokova says it's not acceptable for countries to hide behind ideas of "cultural differences" or "tradition" as a reason for discriminating against girls.